Posted on February 29, 2020 by evensongdesigninfo 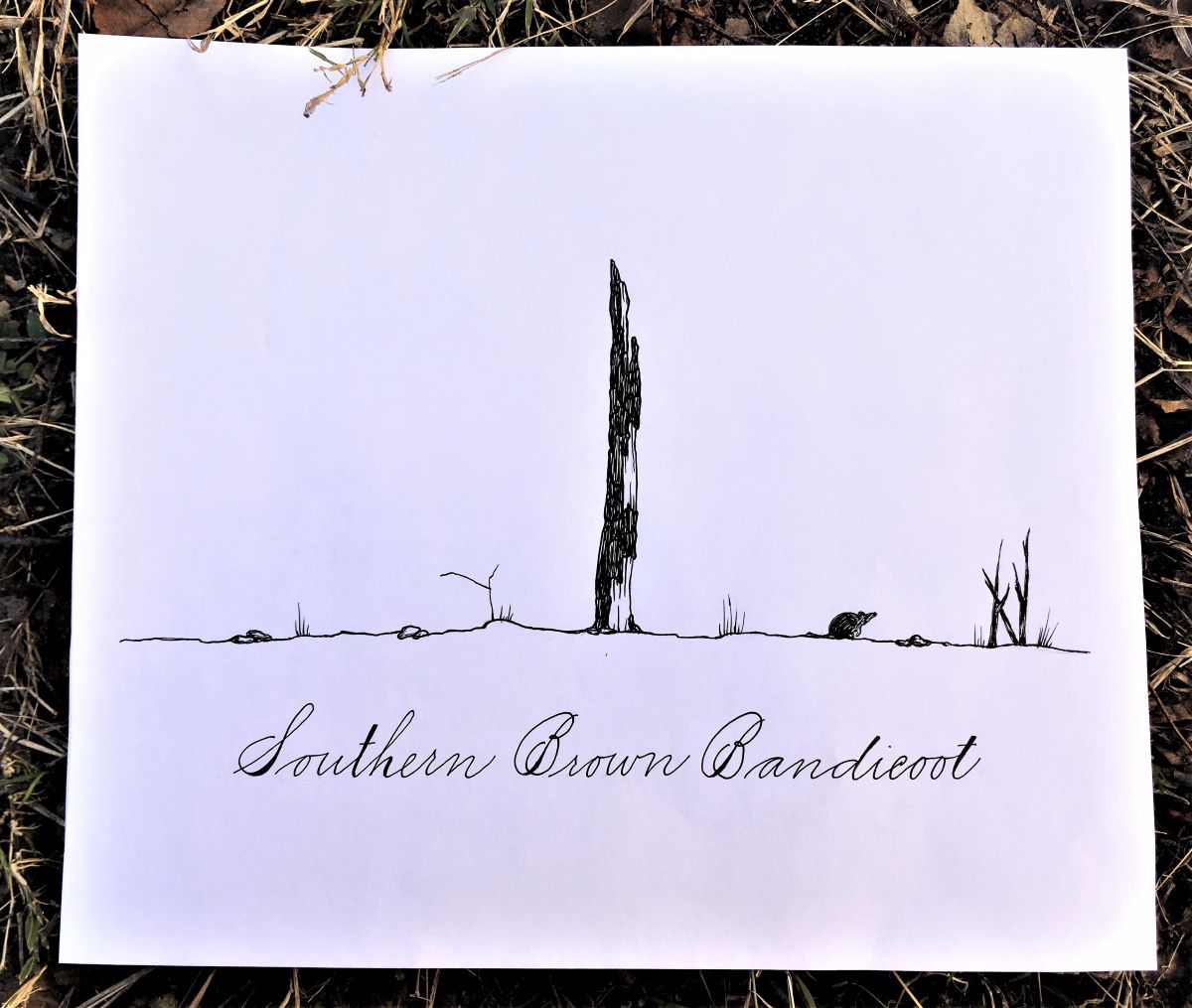 ::Southern Brown Bandicoot (Isoodon obesulus):: The southern brown bandicoot is endangered in New South Wales, Australia. Like almost every part of nature, the bandicoot and its habitat have evolved to need each other. The bandicoot turns over nearly four tons of soil a year as it digs for food, incorporating decaying plant matter into the soil as compost for trees, shrubs, and grasses. It also spreads beneficial fungus that promotes the health of the biome. In return, forest and shrubland offer protection and food in their healthy understory. For all of its predation and violence, nature is, at its foundation, an intricate community of interdependence. Each part of nature is made for the whole, and vice versa.

Nature is built on this sacred trust. It is prone to falling out of balance, and even then, this interdependent community has tools to rebuild and realign. Australia is no stranger to fire. But in this case, NSW alone has lost over 19,300 square miles of habitat (think the entire state of West Virginia). In the aftermath of these unprecedented fires, those animals that avoided burning to death are emerging, eyes blinking, into impossibly vast tracts of entirely new habitat. The food is gone. The shelter is gone. There are no leaves to cover nests with. No understory to eat or hide beneath. The foxes and cats and owls can see everything. If the bandicoot is lost to starvation and predation, it won’t be there to help restore fire-scarred forest and shrubland. And so entire habitats lose their resilience and become endangered. Shared livelihoods become shared fate. Such is the web that nature creates in trust.

We, too, are creatures of this earth. We are built for earth and nowhere but earth, to give and to take according to her sacred trust. I wonder how soon the day will come that we find our own habitat destroyed, beyond the pendulum swing. When we will emerge, eyes blinking, in a habitat that can no longer feed us, cover us, or benefit from our help. I feel for the bandicoot. I feel for the people of Australia. We are connected.