Posted on March 5, 2020 by evensongdesigninfo 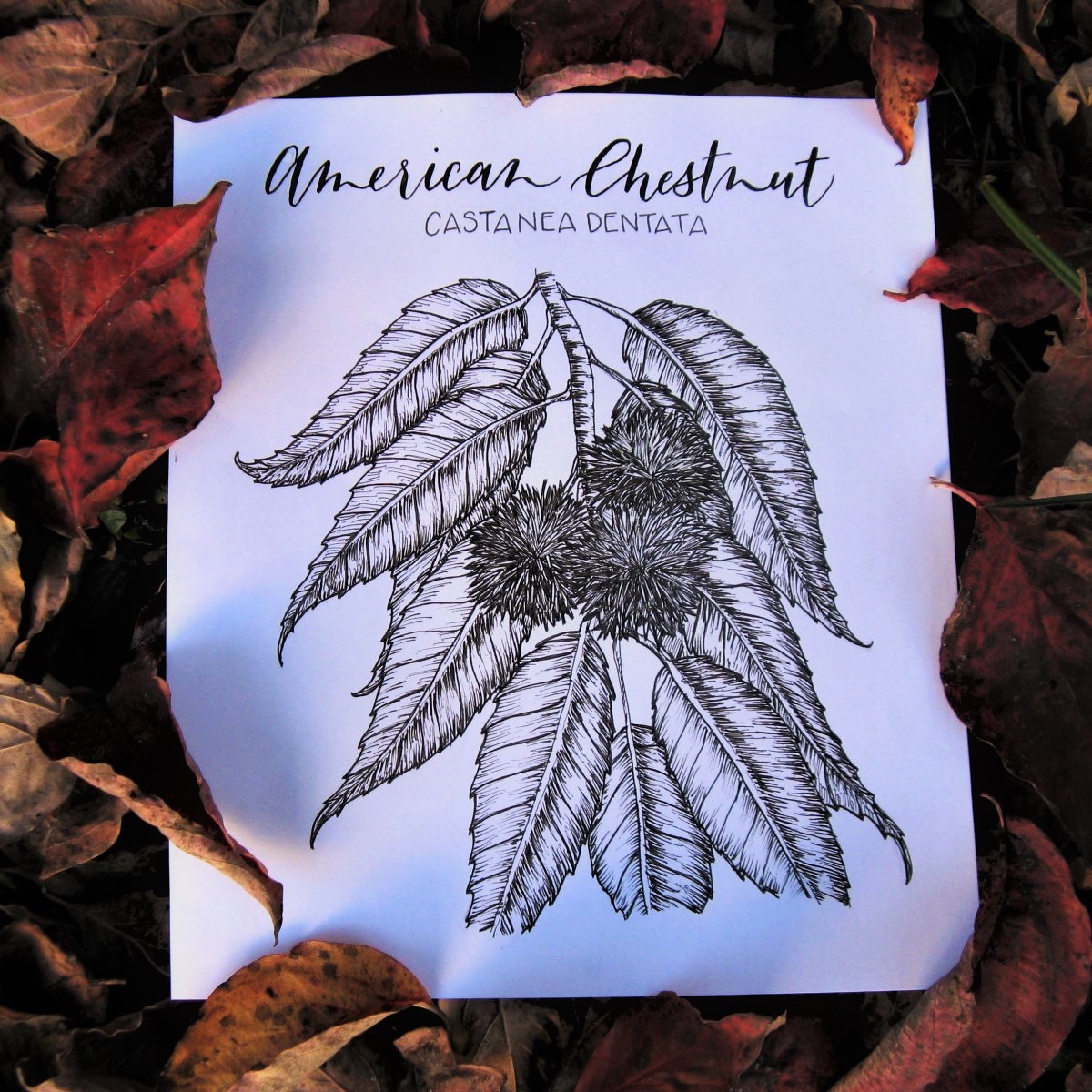 ::American Chestnut (Castanea dentata):: Somewhere in squirrel legend, there is a story about the American Chestnut tree. How its unparalleled nuts sustained ancient squirrel villages through desperate winters. How faithfully it distributed itself through the forest, an abundant provider of food and safety to all creatures. They may celebrate holidays about it. And surely they also tell campfire tales about the time the chestnuts died, all of them except a few shrubby remnants, and left the forest animals to go hungry until other, inferior trees could fill the holes they left in the canopy.

The American Chestnut was our loss, too. Once a dominant forest tree with rot-resistant wood for building, nuts for feeding people and livestock, and a canopy that protected and nourished the wild places we love, the American Chestnut succumbed within 40 years to a blight that was accidentally introduced from Asia near the turn of the 20th century. These grand sustainers of the wild places fell victim with startling quickness to the golden age of human progress. Now they are ghosts of their former selves. The root doesn’t fall victim to the blight, and it sends up shoots that grow as shrubs and spindles until they, too, become blighted and die back to the roots, to be sent up again someday. These shrubby remnants haunt us, a ghostly reminder of what happens when human carelessness or ignorance or hubris disregards the way of the wilderness that sustains us.